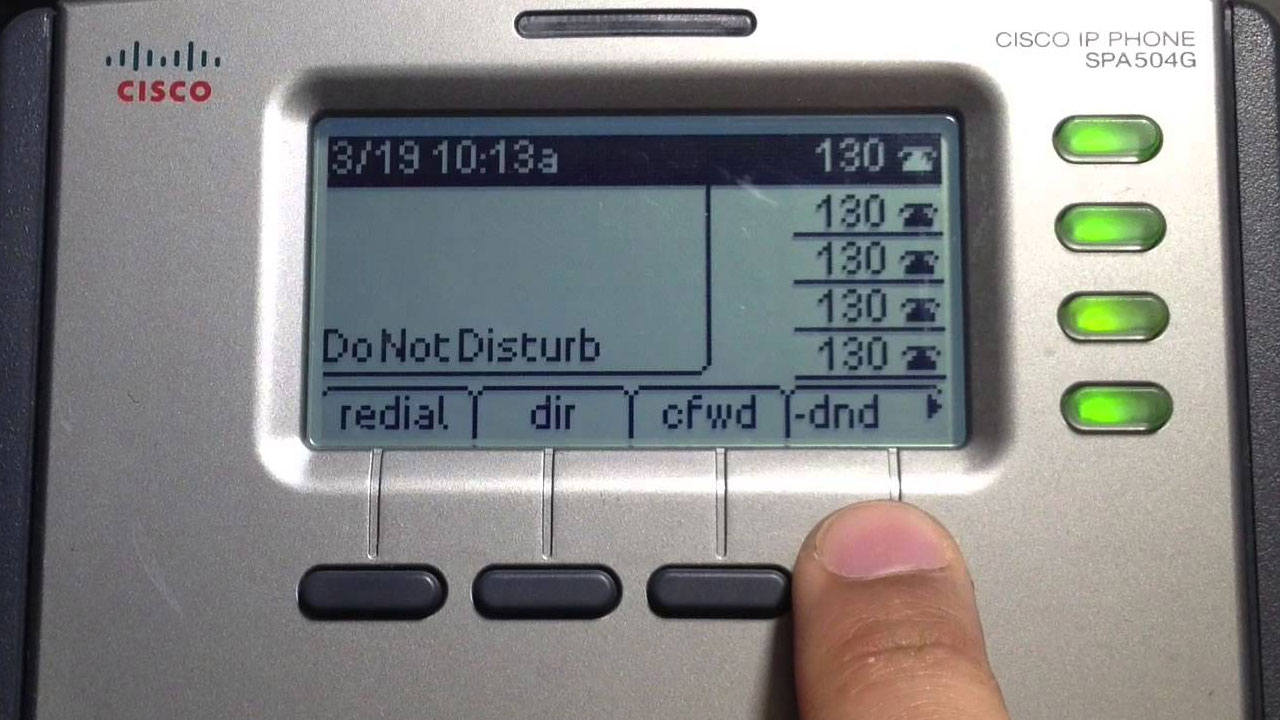 Do Not Disturb (DND)

The Do Not Disturb or (DND) function of our VoIP phone systems prevents calls from ringing an extension for which DND is activated. Some of the Do Not Disturb (DND) attributes include directing the call to a pre-assigned extension (like a secretary or assistant), busy signal, DND signal, or recorded message generated by the telephone switch. Some switches allow the call to go through to the extension but restrict the response to a visual indication.

How to use this feature


When your phone is idle (e.g. You are not on a call) you can press:


Note: On most phones there is a Do Not Disturb (DND) button under your screen. These buttons are called "soft keys" because their function changes depending on the state of the phone. (Different options will appear based on whether you are on a call or not.)

Copyright © ,
Disclaimer: Intellectual property depicted on this web site is the property of their respective owners.
Subject to our Terms of Use.